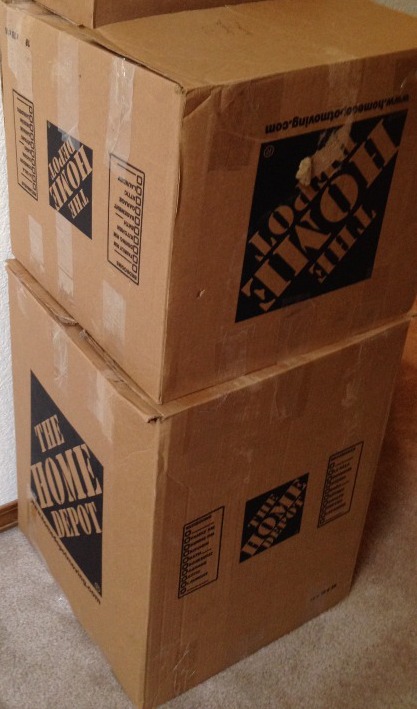 Have you recently moved to a new state? I've said it before and I'll keep on saying it – moving, especially long distance, definitely ain't easy! And it's not just the filling boxes, moving boxes, and putting boxes away that's hard, is it? It's also the learning new areas – like voting? Having lived in several states over the last decade or so, one thing I've learned is that there's a WIDE RANGE OF DIFFERENCES in how different states handle voting. In California, we could vote in person or easily request an absentee ballot. That made it much easier for my senior parents to vote.

Where we lived on the East Coast they preferred that, if at all possible, you do come in to vote rather than use an absentee ballot. However they made it as easy as possible for my senior mom so that was nice.

Here in this neck of the woods, the state apparently sends everyone a ballot that can be filled out at home and mailed in – or dropped at one of the many sites that are available 24-7.

California and Washington both have lots of initiatives on the ballots and we would receive a ton of information-packed info in the mail. I really appreciate that and find it's a grand way to motivate AND remind us to vote as well as educate us in our voting.

One thing they all seem to have in common is that it's quite easy to find out where to vote. Generally speaking, I go to Google, type in the name of the state AND voting – and click on that state's Board of Elections which should be at or near the top of the page. 🙂

Some states, but not all, give I Voted stickers after you vote. I am sad to hear that many states and counties are ending that program due to cost constraints, and other concerns. While I applaud the cost saving, I did appreciate receiving and proudly enjoyed wearing those stickers, in large part to teach my kids and grandkids the importance and value of voting in each election. I'm thinking of buying my own stickers, though knowing me, I'll probably just tell the grandkids what I did. Better yet are the years I've gotten to take them with me and give them a peek into such a vital part of our nations “inner workings.” And every state I've ever voted in has allowed that with no problem. Some have even had materials for the kids to “vote” as well. What a grand example.

Guess what! No matter WHAT state you live in, election day is fast upon us – tomorrow to be exact! So – don't forget to vote! And if you moved to a new state and forgot to get registered in time (I was able to do it when I got my new driver's license – YAY!), you can head for those State Board of Elections web pages to find out how to get registered for the NEXT set of elections.

P.S. I called a good friend and reminded her to vote. Turns out, it's voting day for MOST of us, but not all. So if you HAVEN'T heard about voting but think you should be voting, the website for your state's Board of Elections should be able to fill you in on THAT as well.