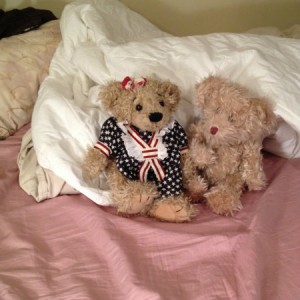 “Good night, sleep tight, don't let the bed bugs bite.” For decades, parents used to end their good nights to their children (including me) with this “cute” little poem. Now that bed bugs are again in the news because they are being found in more and more places, I have lost ALL fondness for this little saying. And yet, my grandkids even know it and love to say it to their great-grandma before SHE does. 🙂

According to Wikipedia, “Bed bugs have been known as human parasites for thousands of years. At a point in the early 1940s, they were mostly eradicated in the developed world, but have increased in prevalence since 1995. Because infestation of human habitats has been on the increase, bed bug bites and related conditions have been on the rise as well.”

It's bad enough you have to wonder about bed bugs in the hotels when traveling. Now Bill Gassett from RE/MAX Executive Realty, Massachusetts, wisely points out that when we are moving into a new home, (buying OR renting), we need to have it checked by a pest company for bed bugs and other critters BEFORE we move in. You can be sure I will be putting this on my next moving To-Do list!!!

Oh, and much to my senior mom's consternation, my terrible bedmaking skills are finally coming in handy! According to BBC, Untidy beds may actually keep us healthier! 🙂 I do hope they are proved right! How about you?